So, my supervisor left the company which we work for. Which I work for. He doesn't work here anymore. Which means I move up on the seniority ladder, but my new supervisor is on a lower rung than my old supervisor. Bottom line? I'm working a lot more than I used to. Which isn't saying much, but I've got a lot more on my plate. Hence, the lack of recent posts.

I've been asked about some rulings. I won't get all fancy, but I'll take a stab at them.

But first note that the Leader Board page is up. Scores have not been verified, nor are all scores posted.

Teddy, of the fine Mack's Mets blog, has bowed out of the competition. Something about only getting a pogo stick champ autograph. And that he's only a part time writer for Mack's Met's and didn't have a blog platform to post his hits on. Fair enough. I'm ruling that he is exempt from the competition but that his Favorite Player will stay on.

Slangon asked about Saltiest Sailors and then answered his own question. I like guys with initiative. He also asked about Autograph Redemption cards. They score the same way as an Auto card.

Beardy asked me to "please clarify the SP relic (301-350) scoring". I'll be thinking about that as I hopefully eat some chicken fingers from Craven Wings this evening. It needs resolution, I agree. I just haven't found the right words since my secretary left me.

I also need to get a score up on the Celestial Star cards. And a final decision about the non-rip red auto card. I know. Leave me alone.

If you have finished your rip and have posted the final score, please let me know so I can add it to the Leader Board. Remember, a hobby box of 2010 A&G from Topps for the winner and a PC version of Strat-O-Matic Baseball for the second and third place boxes. Just showing a little love for our sponsors.
Posted by Mark Aubrey at 5:14 PM 4 comments:

She was nagging me for days to post a response. I told her I'd get around to it when I was good and ready. She quit. 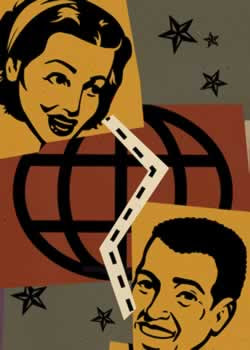 Then the custodian started to nag me. Sheesh.

I promised him that I'd put something up this evening.

I haven't abandoned Gint-A-Cuffs. Really.
Posted by Mark Aubrey at 4:00 PM No comments:

I wanted to post earlier this week, but I was getting ready to head out of town for a few days. Now that I'm actually out of town, I'm carving out a few moments to make some rulings.

I'm in Birmingham, Alabama. I'm attending the 13th Jerry Malloy Negro Leagues Conference. Tonight was the first time I met a Negro League ball player. Ray Haggins. He played for the Memphis Red Sox in the early 1959s. A very nice gentleman, generous with his stories.

Tomorrow is a day full of lectures, a tour of Rickwood Field, then a Birmingham Barons / West Tennessee Diamond Jaxx game. Saturday will be more lectures and then a five hour drive home.
I'll be posting pictures and stories on my card blog (What? You think that this is all I do?) after I scan cards and link photos.
On to the issues at hand...
Slangon asks:
Wait a minute, I've been subtracting 1 point for all the Yankee This Day in History cards that I've been pulling. Should I have not been doing that?

And the Commissioner replies: Yes, the This Day in History cards that depict a Yankee should be (given the penalty of) -1. The Yankees are an abomination to the Gint-A-Cuffs gods.
Clarification: TDIH = +1. If Yankee, then subtract 1. A TDIH card should either +1 or 0. NOT a -1


Community Gum asks: I have a Negro League auto. Would that be a +2 or a multiplier (a la Favorite player list)?

The Commissioner replies: Assuming that this is a mini framed auto, then it would be +2 for a Negro League Player and then +15 for the auto. +17 total.


Everyone and their brother is asking about the contents of the Rip Cards.
All cards pulled from a Rip card will be +10.
If the card is Wood it will be an additional +5.
If the card is an autograph (any color) it will be an additional +5.
If the card is a Yankee, then divide by 2. This is considered a hit.
Example: If you pull a Jeter card from a Rip card and it is a red auto, then it would score as: +10 as pulled, +5 for the auto. It now sits at 15. Divide by 2 for him being a Yankee. That card is now scored as +7.5, or 8 if you are into rounding. I'm into rounding.

UPDATE: I'll add more to the FP / FT / YOUR FP thing later. Don't make this harder than it is. You know what to do.


I'm sure that I've not satisfied everyone with my rulings. I'm not making rulings to make friends. I don't know what cards you've pulled, but I can make some guesses. If this were easy, they'd be paying me a lot more. I'm tired and I hope that my next set of rulings will be done in a less tired state of mind.

Thank you for your willingness to bend to my whims. Next year might be better. I hope.
Posted by Mark Aubrey at 12:20 AM 9 comments:

I'm sorry that I wasn't able to make any rulings last evening, but I was so devastated by LeBron's announcement that I immediately shut off all the electricity in the house and turned off my cell phone. I did not want to hear or see anything else about it. Today is a new day and I have a clearer head. Let's get it on...

Beard wrote: This Day In History cards are one-per-pack. Still want to make them worth +1?

The Commissioner replies: Yep. Otherwise how would someone like Night Owl get any points. Yes, it does seem senseless, but the cost to go back and review and redo everyone's scores would be monumental. +1 on This Day In History. Plus or minus modifiers.

The Commissioner replies: Forget about them? Never knew about them. I'm holding off judgment on the Saltiest Sailors cards until I make a ruling on the contents of the Rip Cards. Hold on there, bucko. Just wait.


Beardy (once again) wrote: Autographs are worth less than relic cards? That doesn't make sense, since they are a tougher pull.

The Commissioner replies: While putting the scoring rules together, I had intended to make the autographs at +15, but my copy and pasting skills were at a low (due to my biorhythms being all out of whack) and the 'tens' part of the 15 didn't get transferred. It has been corrected on the rules.

Any changes to the scoring rules will be posted in red for a week or so to let people know that there is a change.

The Commissioner replies: Due to the lack of information about short printed auto and relic cards and the ensuing confusion I'm considering pulling any points for Short Printed relic and auto cards. As it stands now, there is only scoring for the Short Printed relic cards (301-350). None of this Marvin Miller shirttails stuff. I have not issued a final ruling on this debacle.


Beardy, the thorn in my side, asked: Why are N43's worth less than cabinet cards? They're a tougher pull.

The Commissioner replies: Because I used that part of the scoring from last years' Gint-A-Cuffs rules. I don't know what the pull ratio was last year. I really don't care. The points will stay as they are. If we get down to the final scores and there is a difference of 3 points due to the N43 vs. a Cabinet Card, then I guess I'll have egg on my face. I can live with that.


Cardsplitter asked: I got a Yankees boxloader/cabinet card. Some crap about them winning a World Series or something. So what does that cost me?


In other news, the grand prize arrived at my house yesterday. Topps has donated a hobby box of 2010 Allen and Ginter. It is in safe keeping.

In other (facetious) news, I'm a bit dismayed at the lack of bribes. Now, don't start up all at once. It will look disingenuous. Really. Don't. But I'd like to collect the Negro League players from the this year's base set.

Oh, I know that I need to rule on the Rip Card contents, Saltiest Sailors, Red Autos and probably some other stuff.
Posted by Mark Aubrey at 3:03 PM 1 comment:

tells me that I have many scoring requests and questions to answer. Bah. I'll get to them this evening.

And yes, I made an error on the Autographs vs Relics scoring. It was a cut and paste issue. Mea culpa.
Have no fear. It will be set right.
Also, please direct any and all questions about scoring to this blog, not to any email address.
Rest your pretty heads and dream of rip cards. And no, I still don't know what the mini-cards in those rip-cards score at. Yet. Hey, it doesn't matter, because they're in your dreams.
Posted by Mark Aubrey at 11:08 AM 5 comments:

There have been some interesting questions posed already. I'll try and address them her and will integrate any necessary changes into the official scoring rules.

The Commissioner answers: Yes, you will get points for both cards. I don't yet know what the points for the mini card inside will be.

Kelly said: I've been looking on ebay and I saw some different inserts:
*Celestial Stars
*Creatures of Legend, Myth, and Joy

The Commissioner answers: I forgot about the Creatures cards. They will score at +15 Creatures of Legend, Myth and Joy 1:288

The Commissioner answers: No I didn't. You just couldn't see them. Look under Minis.

Cardsplitter asked: I got a Yankees boxloader/cabinet card. Some crap about them winning a World Series or something. So what does that cost me?

The Commissioner responds: I don't know. Exactly which cabinet card did you get? Can you show me a scan of the card, please?

stusigpi said: Guess I was left out ya filthy animals.

The Commissioner responds: Yes. If you can show me where you entered before the extended cut off date, I'll allow you in, but I can't find it. Sorry about that.

Kelly also asked: How are we scoring the "This Day in History" Cards, if at all?

The Commissioner answers: I don't know. I guess they should be scored. Let's go with +1 for any This Day in History card, plus or minus modifiers.

The Commissioner says: I messed up and listed Autographs twice, once under Minis and once under Hits. I've removed the Hits reference and we will only use the points under Minis.

Other questions that have come to me privately concern the point values for non-sport autographs. They are considered autos and will be given +5 points. I was also asked about autographs of Negro League players. They get +5 points for being an auto and +2 points for being Negro League players. Therefore a total of +7 points.
Posted by Mark Aubrey at 5:27 PM 6 comments:

Official Scoring Is Officially Up

Ladies and Gents, I have posted the Official Scoring Rules.

No bonus points for any Strasburg. No one has asked for them, but I'm not feeding the hype.

Please remember to list each card and show scans of any scoring points.

Scott, of the Hand Collated blog, emailed me explaining that he is withdrawing from the Gint-A-Cuffs competition. I respect his decision and will probably call on him to help out with any tricky commissioner decisions that I can't resolve on my own.
Posted by Mark Aubrey at 12:00 PM 5 comments: