I'm embarrassed to admit I have no idea what Gint-A-Cuffs is. I mean, I've heard about it on the blogosphere several times in passing, and I know it involves Allen & Ginter.. some sort of contest? group break? giveaway? So confused.

For those bloggers and curious onlookers who have either been involved as a participant or in the coach's boxes looking in, it doesn't need explaining.  But for those who are new to the blogging scene or haven't stumbled across this dark corner of the internet perhaps some explanation is in order.

Many, many moons ago (this is the sixth annual GAC - you count them), a blogger named Beardy came up with the idea of having a contest using Topps Allen & Ginter cards as a scoring mechanism.  I was asked to assist in the craziness, either as co-moderator, assistant score checker, whatever.  Beardy has since moved on from maintaining a blog so I've taken the reins and am now running with them.

Basically a contestant purchases a hobby box of Topps Allen & Ginter, then breaks it on their blog.  As commissioner I assign points based on my own personal tastes or I look to see which way the flag is flying.  There is some form of method to my madness.

The blogger then opens each pack, showing (at least) the point cards on his (or her) blog.  They can get points for favorite player, favorite team.  Blah, blah, blah.  Look at last years' rules.

In past years the winner has received a hobby box of Topps Allen & Ginter for their luck.  Really, there is no skill to this.  During the six to eight weeks or so of the contest it provides bloggers something to do.  Got to generate posts based on something.

But, you ask, who provides the boxes as prizes?  Is there an entry fee?  Topps has provided the prize boxes.  There is no entry fee, only that you purchase a hobby box of Topps Allen & Ginter.  I've been fortunate in that some of the online card stores have provided those boxes to the contestants and a discount.  See?  Everybody wins.

Gavin, be confused no more.  Until the contest actually starts.  Generally the scoring system is not finalized until a week after the cards hit the streets.  We used to do it on the day that they came out until we realized that Topps includes cards that aren't on the actual checklist.  Sneaky so-and-sos.

Along the way contestants will ask for a commissioner's ruling.  Which means that I didn't actually think the thing out ahead of time or I just didn't understand what Topps was trying to do.

Rulings tend to go in the favor of the contestant that asked the question, especially if that contestant offers a bribe.  Lately the bribe offers have been rather pitiful.   And you all paid the price for those.

It is a bit of bragging, a bit of contest, a bit of fun.  And Spankee continues to make great banners.  If you have any more questions, please ask.
Posted by Mark Aubrey at 11:42 PM 3 comments:

Gint-A-Cuffs VI is just around the corner

Once again Spankee has created a killer banner for Gint-A-Cuffs. The product will be hitting the streets about July 11, 2014. That's just over five weeks away. I'm on the verge of contacting potential sponsors. 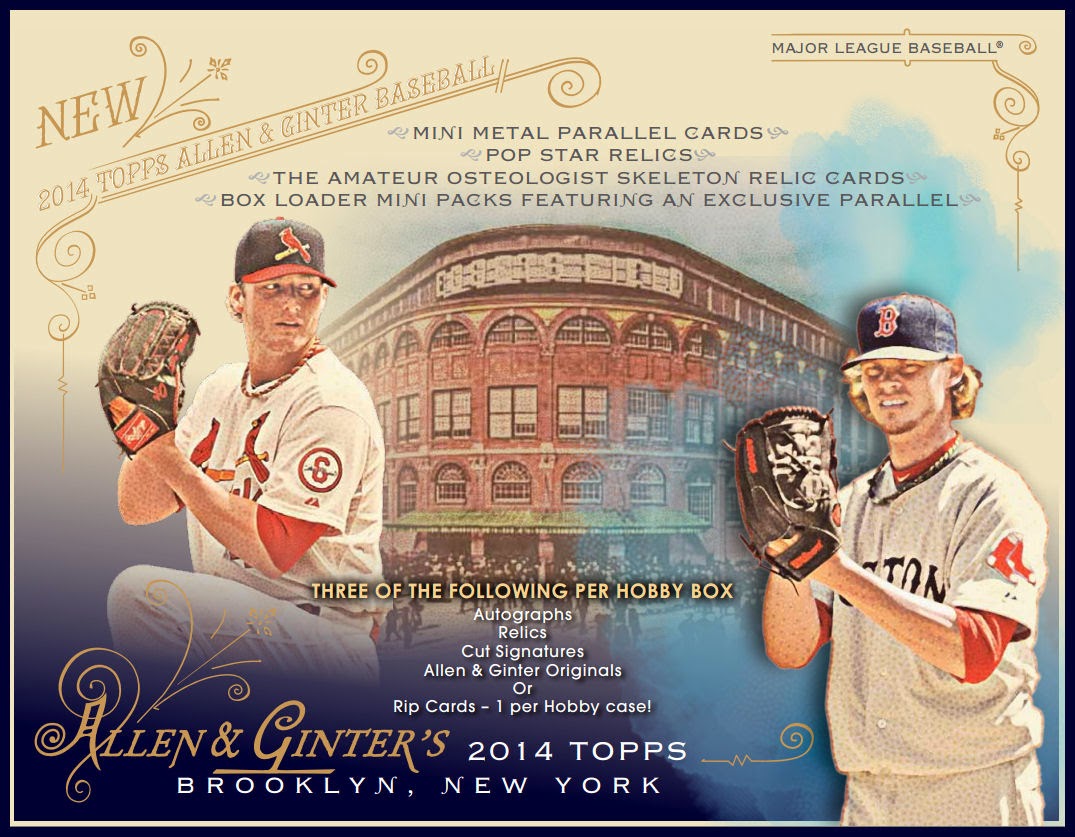 SportsCardRadio has issued a potential checklist.  GAC scoring details and rules to follow.

If you'd like to play this year, please leave a comment below.
Posted by Mark Aubrey at 2:07 PM 18 comments: